When I first saw Phil Duncan’s farm, I felt elated. The trees and bushes were wild, the gravel path led down the hill to the barnyard, and silos and a barn stood silently nearby. Within a few months we married and moved to the farmhouse. My  handsome suitor disappeared into his work, and I became a farm wife, with only a romanticized idea of what that meant. Phil farmed about 800 acres with his father and brother and we bought the farm next door a while later. Phil also raised pigs, eventually expanding to include a confinement for birthing, another for piglets, and another for finishing. At its peak, Duncan Farms sold about two thousand hogs per year.

My first adjustment to farming was the work farm wives were expected to do. In the suburbs, the men take out the garbage and mow the lawn. Now it was my job. I also learned to amuse myself. This took me several years, but there was no movie theater near us and no great restaurants. I tried every craft I heard of and began sewing again for the first time since high school. Maternity clothes were the first thing I made.

Our first child arrived ten months after we married. My mom came for a week, and I didn’t want her to leave. Then, I was on my own. Son #2 and daughter came within seven years. I started a big farm garden, canned vegetables, and froze corn.

The advances in crop yields led to record production. Then inflation caused the Fed to raise interest rates, which led to a drop in the value of farm land. I worked as a substitute teacher for two of those years between kids, to supplement our income. Another aspect of the Farm Debt Crisis of the early 1980s.

Coming up next: The drought.

Posted by Linda Wallin at 10:39 AM No comments:

I’m the last person to be writing about a family farm. Born in Chicago, raised in the suburbs, I lived on a pig farm for only fifteen years, and I really don’t have the perspective of a third generation farmer. Yet farms have played an integral part in my family’s story.

The potato famine hit Sweden about the same time as it hit Ireland, causing poverty and starvation, so there was hope in emigration by looking to the U.S. One of my ancestors was an eighteen-year old woman with a one-year-old child. They had been living on one bowl of potato soup a day.

My mother’s grandfather (Axel Victor Gabrielsson) was unable to hold a job because of alcohol use, so he left Sweden illegally (did not tell the church) and came to the U.S. His son (Johann Albert Edward Axelsson) followed in 1874. I have little information on where they lived until Axel shows up in Varna, Illinois (in north central Illinois). I looked Varna up and decided to take a trip. What I found was shocking. The town of 3,000 people had decent homes, but the downtown area was run down with empty stores scattered among the ones still open. On the main street, a set of huge grain bins overwhelmed the little ones next to them. Instead of seeing miles of family farms, there were miles of huge farms, obviously owned by corporations. How had this happened over our lifetimes?

When my great-grandparents and grandparents came to the United States, they found their way from New York City to rural Illinois and Iowa. The railroad offered steady work, and farms needed hired hands. Western Iowa was the frontier, and those who stayed on the land for five years could acquire it for free. A man in Sweden bought land in southwest Iowa and put ads in Swedish papers for God-fearing men to settle it. I like to joke that he got my great-grandparents instead.

My mother’s parents met in northwest Iowa, where her father was a circuit preacher and her mother was an organist in two churches. They traveled to Boston, New York City, and Chicago, where he ministered to large Swedish churches. When the Depression hit he  retired to a farm in Red Oak, Iowa. The remaining family consisted of him, a son, daughter-in-law, three children and my mom. They lived off the food they could grow, since ministers weren’t paid salaries then. The idea that a small farm could sustain a family seems ludicrous now.

My father’s parents lived in Stanton, Iowa, a very Swedish town, where his grandparents owned the local hardware store. It failed in the Great Depression. My parents knew each other in high school, but became interested in each other on a train trip home for the holidays one year. Dad rode the rails with cattle for the stockyards in Chicago, then worked in the steel mills in Gary, Indiana. Mom had gone to Swedish Covenant Hospital for nurses training.  My parents left the small towns for the suburbs and never missed it.

The government began legislating to help farmers. The years of 1940-1950 brought technology making it easier to plant, fertilize and harvest. Farmers began to sell excess crops to other countries. The Food Stamp Act of 1964 had as its goal “to achieve a more effective use of agricultural overproduction, improve levels of nutrition among individuals with low-incomes and strengthen the agricultural economy. “ (1) Schools found their free lunches were often heavy on surplus dairy and corn products.

Fast forward to the 1960s. Young people were not happy with the culture and created a counterculture. Going “back to the land” was a trend, although most hippy-like famers were not successful in living off the land. Nevertheless, it was an ideal. The environmental movement was in its infancy. Heavily influenced by this, my brother left his well-paying computer job to live in a Colorado commune. I was offered a job in western Illinois in January and chose it over one on the west side of Chicago. I fell in love with the land and the people and stayed, met my children’s father. Small family farms were still available at that time, although it helped if your parents and grandparents had land to leave you.

The farm debt crisis in 1980s was a result of higher interest rates and lower land and crop prices. I remember news of a farmer that went to a savings and loan company and shot a person. I also remember wondering what we would live on for two weeks, when our money ran out one month.

Posted by Linda Wallin at 6:50 PM No comments:

The news in November that a beloved family member had been diagnosed with cancer knocked me off balance. The suffering the family has gone through seems unbearable, and the road we are traveling can turn at any time. Today, we are happy, grateful for the medical personnel in hospitals and labs across the country who spend their days working for patients.

This occurred in the midst of a plague that has taken six million lives worldwide, an undercount by most who follow that news. Although this plague is not over, governments all over the world have loosened mitigation measures and many people are going about their business as if it is gone. It is not. While others think it will become less lethal and endemic, I wonder if it is just practicing its ability to spread before it wallops us with a big variant. Some say I am negative. Cynical, sarcastic, yes. One of my jokes in college was pessimism is realism and optimism is masochism. Joke. Not funny, but it fit the time.

And now, Putin has gone berserk, leading five wars in 28 years. I think it is time I publish my Putin Poem. I wrote this in 2016, after reading A Russian Diary, by Anna Politkovskaya, translated by Arch Tait.

Such a good-looking devil.

We see the cunning in your face.

Others use you to secure their power,

only to find you’ve used them

Official duties in Leningrad gave you

Moscow called and you answered,

assets and contracts in your pocket.

Once President, you used your power,

Soldiers in Cechen and Ukraine froze

while elites splurged, all to feed the Russian bear.

Your KGB skills serve you well.

Posted by Linda Wallin at 10:35 AM No comments:

What We Did This Year

It’s the time of year when our mailboxes and email are flooded with requests for funds. But just what have we accomplished worldwide against Climate Change? The groups I follow, Sierra Club, Greenpeace, Nature Conservancy, Environmental Defense Fund, and Audubon Society, are all sending out their accomplishments. I am just an ordinary person and this is my perspective of what has changed.

First, we are on our way to making electric cars in the Western world. Norway leads the world in per capita use, although China has the most cars in use. (1) The US has been slow to change, with gas-guzzling trucks, SUVs and luxury cars common in most areas. My only concern with this is what we will use to create the electricity. Germany has closed three of the last six nuclear power plants, showing how smart they are once again. (2) One positive outcome of the COVID pandemic is that skies cleared when people stopped driving. So we got to see what clean air looked like. Of course, clear does not mean clean.

Businesses have found a selling point to be carbon neutral, so we have moved past the pioneer stage of change. News outlets are reporting on climate change daily. This means “a rapidly evolving research” (3) in most areas.

A good summary before the Climate Change Conference was on Vox. “Coal is effectively dead in many countries. Renewable prices are falling rapidly. The price of solar fell by 89 percent in the past decade. Onshore wind fell by 70 percent. They’re now cheaper than coal and gas. To make this transition, we will need lots of energy storage. There’s good news there too: The price of batteries has fallen by 97 percent in the past 30 years.”(4)

The Hill had a summary of how well/badly we have done in combatting climate change. (5) Zaelke and Dreyfus see positives as advances in science, policy and activism. Feedback loops, which I covered in a previous post, are being monitored. Fossil fuels are on their way out, at a snail’s pace. Awareness of the need for natural habitat and the species it contains, and activism by youth are on the rise. The World Bank is putting its money where its mouth is, starting a fund to help countries trying to advance in this field.

So, to sum up, we have turned the bow of the ship. Although we signed back onto the Climate Change Agreement, my greatest hope is with the youth of today. They are being affected the most, and they have the best chance to turn things around. I believe they will.

Posted by Linda Wallin at 10:11 AM No comments: 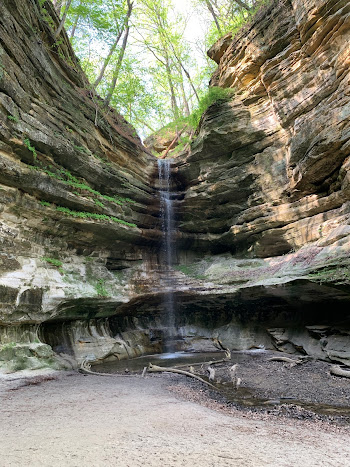 Some of My Poems

Check out the books I have read on Goodreads: https://www.goodreads.com/review/list/3192310